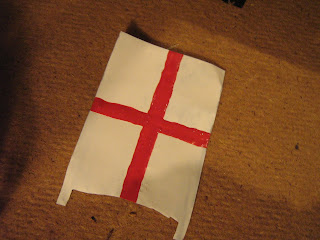 made flags from aluminium foil, primed with grey acrylic primer then acrylic colours. 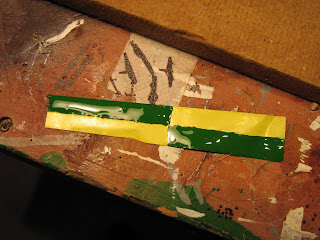 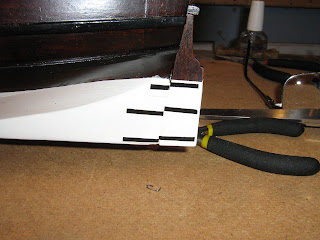 got a stickon address label, painted it black and and cut out pintles and gudeons.
all that remains is to fit remaining bunting then make the display cabinet.
hrs 195.
Posted by jerry cartwright at 18:13 No comments: 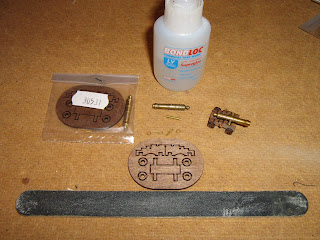 model was missing its maindeck guns. i found these kits on cornwall model boats website. they are beautifully made kits, only 20mm long, (they supply a range of sizes. 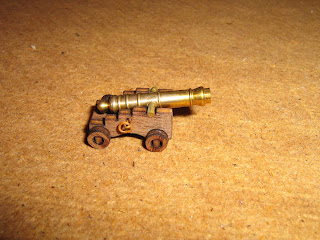 quite neat i think. 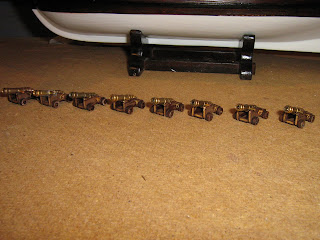 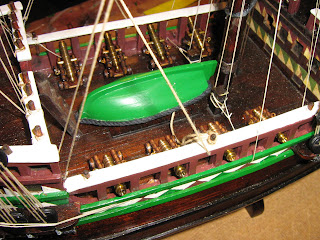 thank god i don't have to polish them!!
Posted by jerry cartwright at 17:57 No comments: 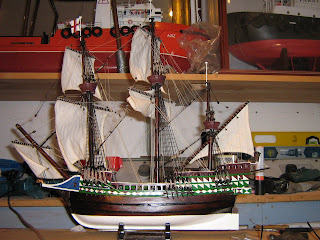 returned from sunny wodonga on tuesday. wednesday and thursday spent laceing the sails to the yards and attaching sheets, vangs, clewing up lines and brailles. 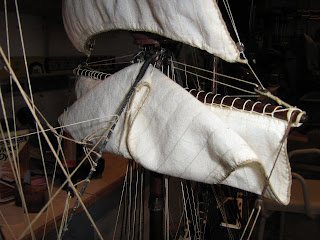 decided to have the main course clewed up and brailled. 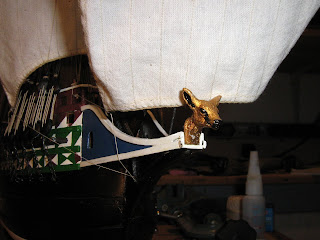 have been looking for something suitable to make a figurehead from. found a small model doe deer in a toyshop in a little gold mining town near wodonga. cut the head off, painted it gold and filled in highlights in black and bobs your uncle, a golden hind!!

Posted by jerry cartwright at 17:20 No comments: 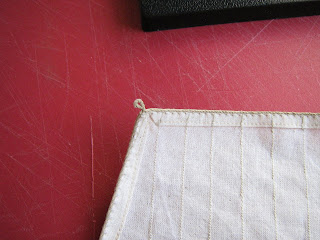 3 days spent sewing ropes around sails, forming mounting eyes and fitting clew and sheet blocks.
fine needle and thread, bright sunlight and a big magnifying glass for this job. just the sprits'l to comlete the suite. 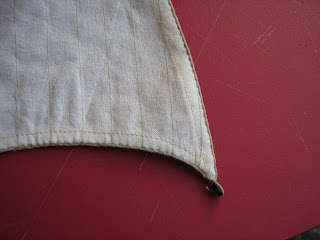 Posted by jerry cartwright at 16:27 No comments: 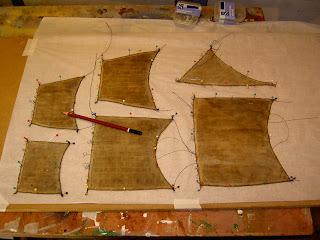 pinned old sails onto board over tissue paper. 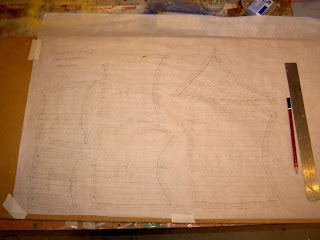 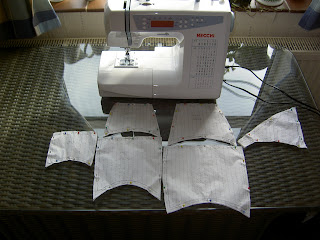 cut out patterns and pinned to callico with warp of cloth running top to bottom of sails.
cut out each sail.
ready to start sewing. 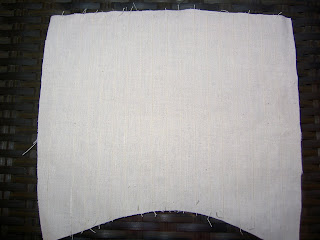 used finest needle, very light brown fine thread
and stitch length set to 1mm.
set top thread tension slightly less than bottom.
sewed all vertical seams.
this use of different tension puts a "belly" in the finished sail.
the seams are only to show sails made up from multiple bolts of canvas.
will do hems tomorrow.
off to mold pm to watch caernarfon rugby 1sts play mold.
hrs 155.
Posted by jerry cartwright at 18:11 No comments: 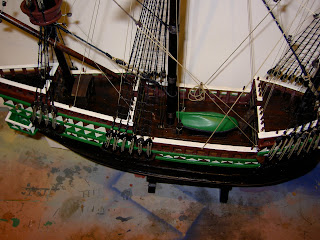 today, after a few days doing other things, completed work on mizzenmasts. used thixofix to attach rope fender around ships boat. secured boat to maindeck with bluetack.
everything finished and ready for sails. however for'd end didn't look right without bobstays, from head to bowsprit, so added a pair. now it looks right. 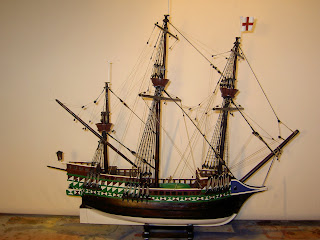 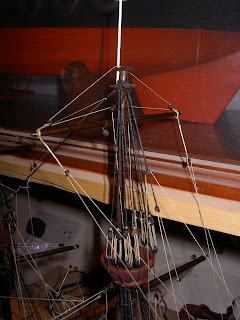 repaired and refurbished topmast crosstrees and flagstaff supports/guides.
once flagstaff in place made up new outrigger blocks and rigged tops'le yard, starting with topping lifts which are rigged the same as foretops'le yard but hauling part secured to pins on poop for'd rail.
next rigged braces. standing parts secured around base of topmast below guide, hauling part rove through guide blocks secured with wire through for'd end of mizzen top f&a supports, then secured on pins on for'd poop rail next to topping lifts. 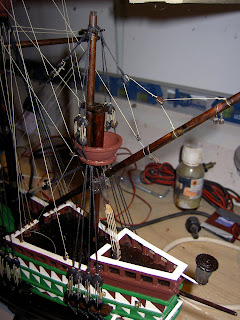 moved onto mizzen mast then, starting with mizzen shrouds then topmast shrouds. top is drilled for four shrouds each side but only two shrouds each side used.
next came the dodgy bit referred to in previous post. by this i mean the mizzen yard topping lift arrangement. the only evidence on the model when i first got it to support what i have done were the remains of three lashing approximately as seen on the yard here. the block going up to the crosstrees was absent as was the block on the yard. there was a rigging plan for "revenge" which does it like this, and a drawing i did like this. i don't remember doing it or where i got the info, but it does work, and doesn't look out of place. the hauling part is lead to a short outrigger block secured to top of main topmast then secured to for'd poop rail.
all that remains is the mizzen ratlines, crosstrees and flagstaff. all rigging not concerned with sails will be completed.
hrs 145.
Posted by jerry cartwright at 20:41 No comments: